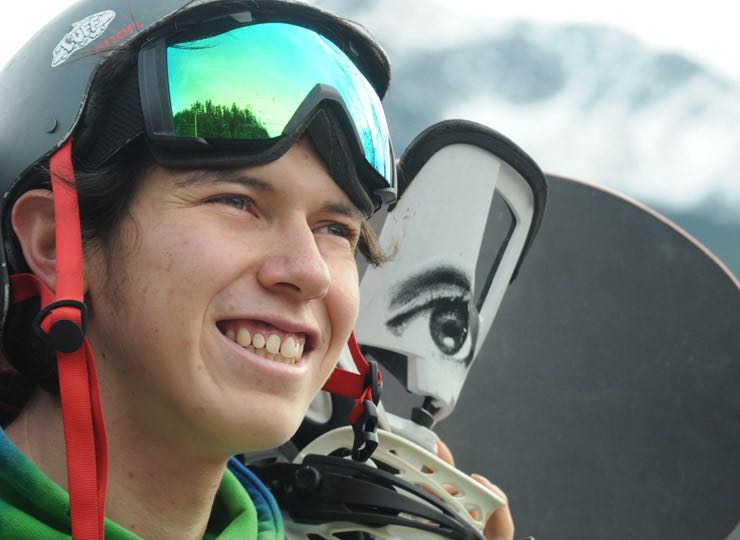 The mountains are calling

It was another cloudy day in March for most residents of Vancouver, but for 22-year-old Dakota Williams, life had never looked brighter.

That was the day, in 2017, a friend with the Urban Native Youth Association invited Williams to attend an “adventure session” held in the mountain resort of Whistler, hosted by a small non-profit called Zero Ceiling.

It was the break he desperately needed. Since Williams was a little kid, he’d felt the pull of the snow-covered peaks that soar up over the city and make Vancouver one of the most desirable places in the world to live. But, for him, escaping the urban streets never seemed possible.

Money was tight growing up in a single-parent home on the city’s east side. Substance abuse by adult caregivers threatened the family’s stability, and it often fell to Williams from a very young age to feed and protect his little sister.

“I felt trapped,” he recalls of his early life. “I didn’t feel like I had much of a childhood. I had to mature at a young age.”

Since it first opened its doors, Zero Ceiling has worked to support homeless and vulnerable youth like Dakota as they age into adulthood. Their 12-month Work 2 Live program offers stable housing, employment, and adventure-based learning to eight youth each year. The young participants come from all walks of life – those who have aged out of the child care system, as well as teens, and young adults who’ve grown up without adequate emotional and physical support. They learn everything from money and time management to how to get a birth certificate, open a bank account, and cook healthy meals.

“We think of it as family support. What would we do if these were our kids?” says Chris Wrightson, co-executive director of the longstanding Whistler-based organization.  “We’re able to foster that sense of belonging, which we know helps develop strong health and wellbeing. For us, it always comes back to accessing nature, and strong connections.”

Supporting the work of Zero Ceiling – along with hundreds more charities across the country – is the TELUS Friendly Future Foundation. In the year since its launch, the Foundation has given $7.6 million to 539 youth-focussed projects designed to empower youth by connecting them to the people, resources, tools, mental health, and healthcare services they need to not only participate, but also thrive in a digital world. The Foundation builds on the legacy of the 18 TELUS Community Boards across Canada and internationally, which have contributed $76 million to more than 7,000 innovative programs since 2005.

Addressing homelessness and poverty is core to the Foundation’s mission. Every year, more than 1.5 million Canadian children go without nutritious meals every single day; 350,000 young people are in government care and, lacking the support of a family, often experience trauma and an isolating transition into adulthood; 30,000 Canadians are homeless on any given night, many of whom are disconnected from basic healthcare due to mental illness, addiction, and other life circumstances; and 40 per cent of low-income families lack consistent Internet access, a reality that puts kids at risk of falling behind in school and in their future careers. 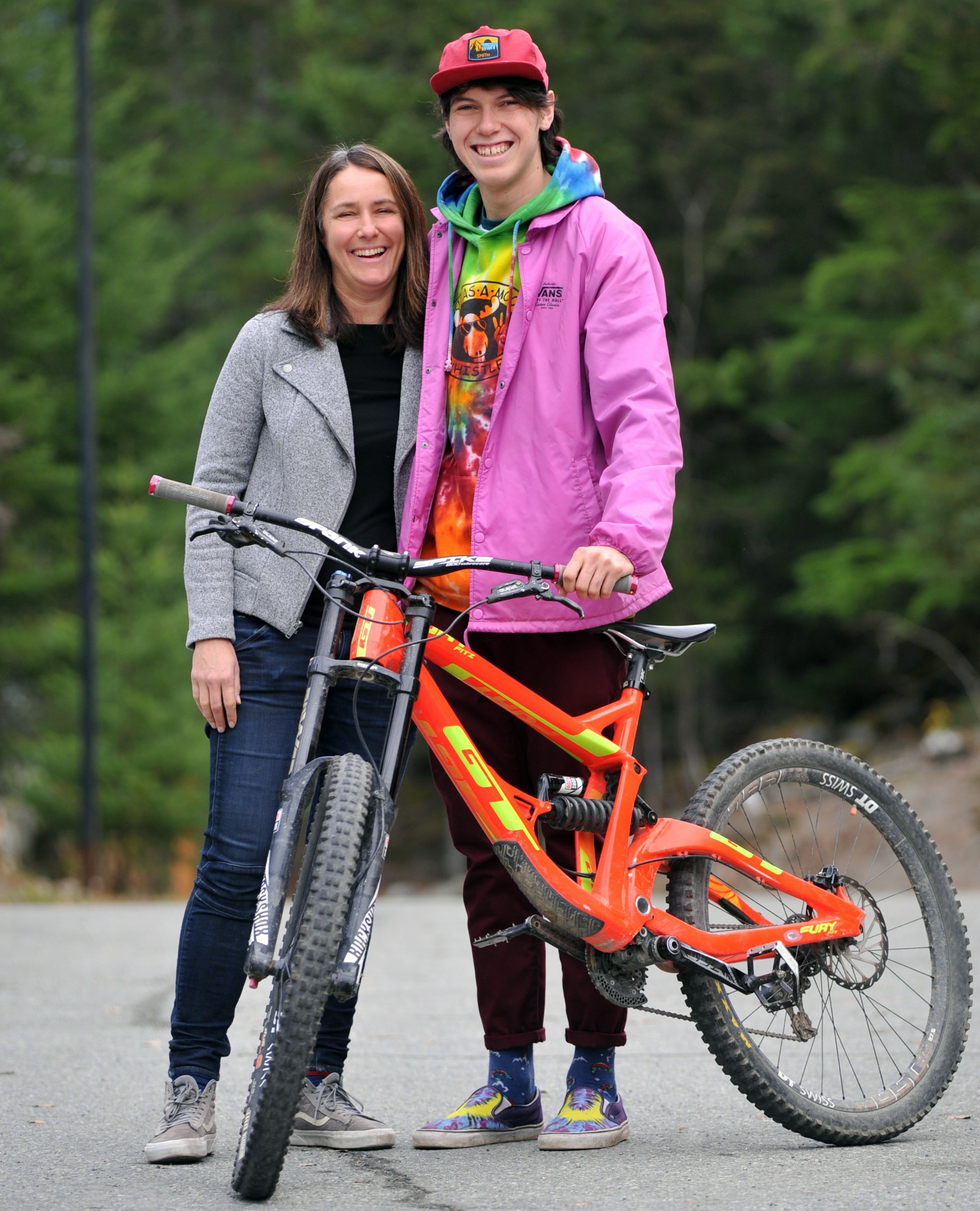 “It’s the reason that we’re so incredibly proud to support the vital work of community-based organizations like Zero Ceiling, and help them to provide the life skills, technology and support our youth need to succeed.”

The Foundation’s support is invaluable to the work undertaken by Zero Ceiling, which relies on grants, fundraising activities and donations.

And the need is only increasing. In 2018, 681 youth were experiencing homelessness in Metro Vancouver. Half of those on the streets had come out of government care, while 42 percent were Indigenous, according to the region’s first-ever youth homeless count.

“The work we do is definitely hard, but the hardest part is operating in this landscape of really underfunded programs,” says Wrightson. One of the greatest strengths of the TELUS Friendly Future Foundation is its willingness to support small, community-based organizations like Zero Ceiling, which, because of their size, are often overlooked.

While just eight youth are served each year by the charity, “we’re changing people’s lives,” adds Wrightson. “That’s what’s so amazing about the TELUS Friendly Future Foundation. They understand that.”

TELUS further supports the young participants with a smartphone and a free two-year data plan to ensure they stay connected to the people who matter most in their lives, including family and friends, employers, educators, and social workers. This program, called TELUS Mobility for GoodTM, is available to 20,000 young Canadians aging out of foster care nationally.

Within the next 12 months, Zero Ceiling hopes to add another four youth to its Work 2 Live program, for a total of 12 participants per year. Within three years, the goal is to open the program to 24 graduates annually.

For Wrightson, the “small wins” underscore the success of the program – a graduate signing a lease on her first apartment; a son reconnecting with his estranged mom; a homemade meal of borscht and perogies prepared and shared by program participants around the table.

As for Dakota Williams, two-and-a-half years after graduating from the Work 2 Live program, he is still in Whistler. He’s found work he loves as a mountain bike instructor in the summer months and at the family-friendly Tree Fort and Magic Castle at Whistler Blackcomb in the winter. He credits the skills he’s learned from Zero Ceiling with his ability to manage his income, while still having plenty of fun (namely spending as much time on the slopes and trails as possible).

Best of all, he remains close to his family, including his mom and younger sister in Vancouver. But the city streets feel a long way away. It’s here in the mountains he feels truly connected – both to the land and to his purpose in life.

Among his ambitious plans, Williams wants to create a non-profit that will bring low-income families in the city to the outdoors. Critically, for Williams, who is of Cree, Ojibwa and Mohawk descent, it’s a means to open alpine sports to more urban Indigenous youth and make it possible for kids just like him to break away from the concrete and experience the peace and freedom of being outside.

“I believe everyone should be able to experience what I do every day,” he says. “Being outdoors makes me happy. I’ve found something I feel I can do for the rest of my life. This is my home.” 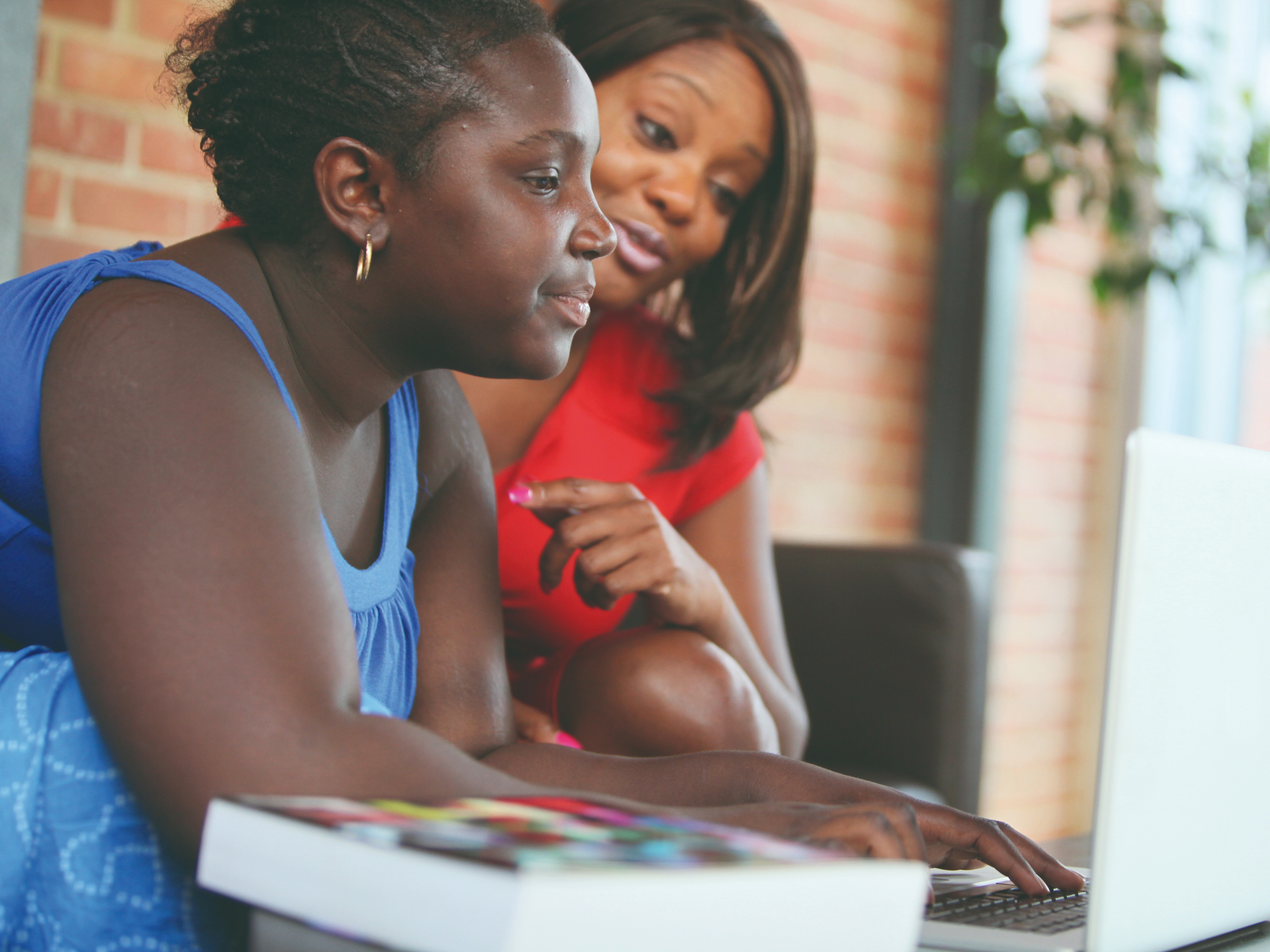 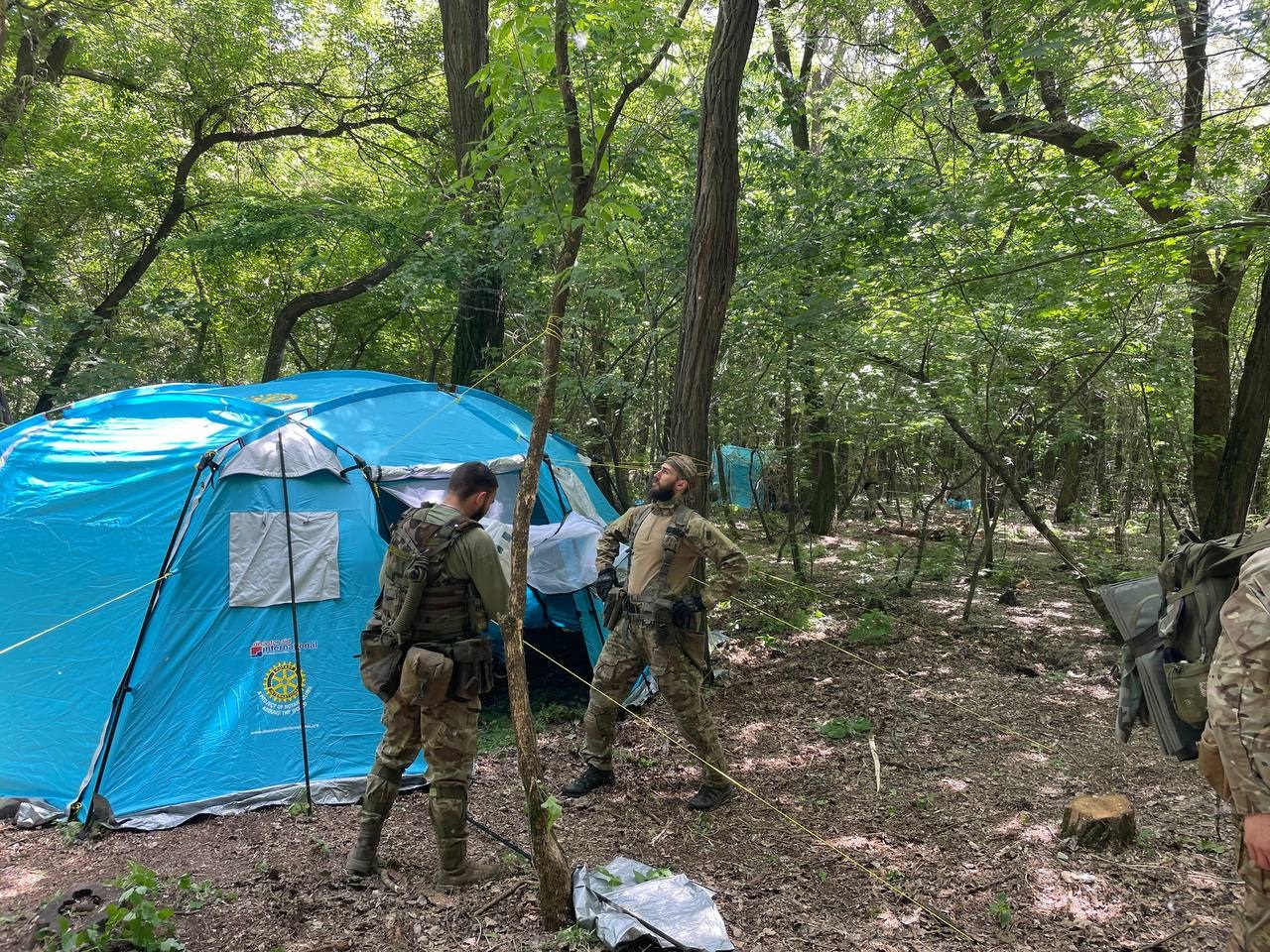 How Canadians are supporting Ukrainians in need 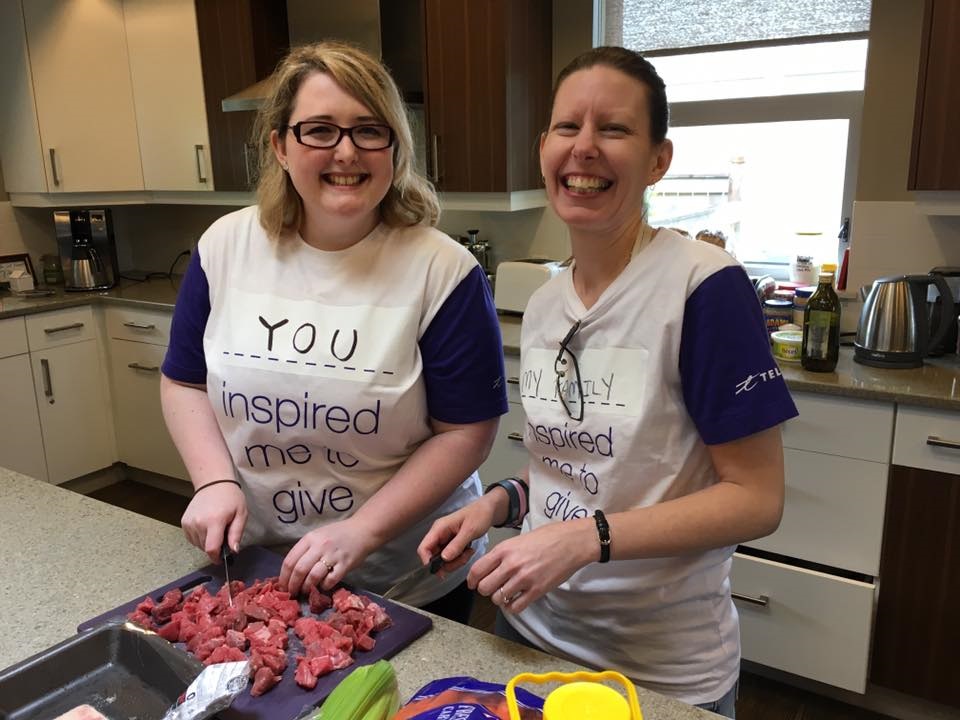