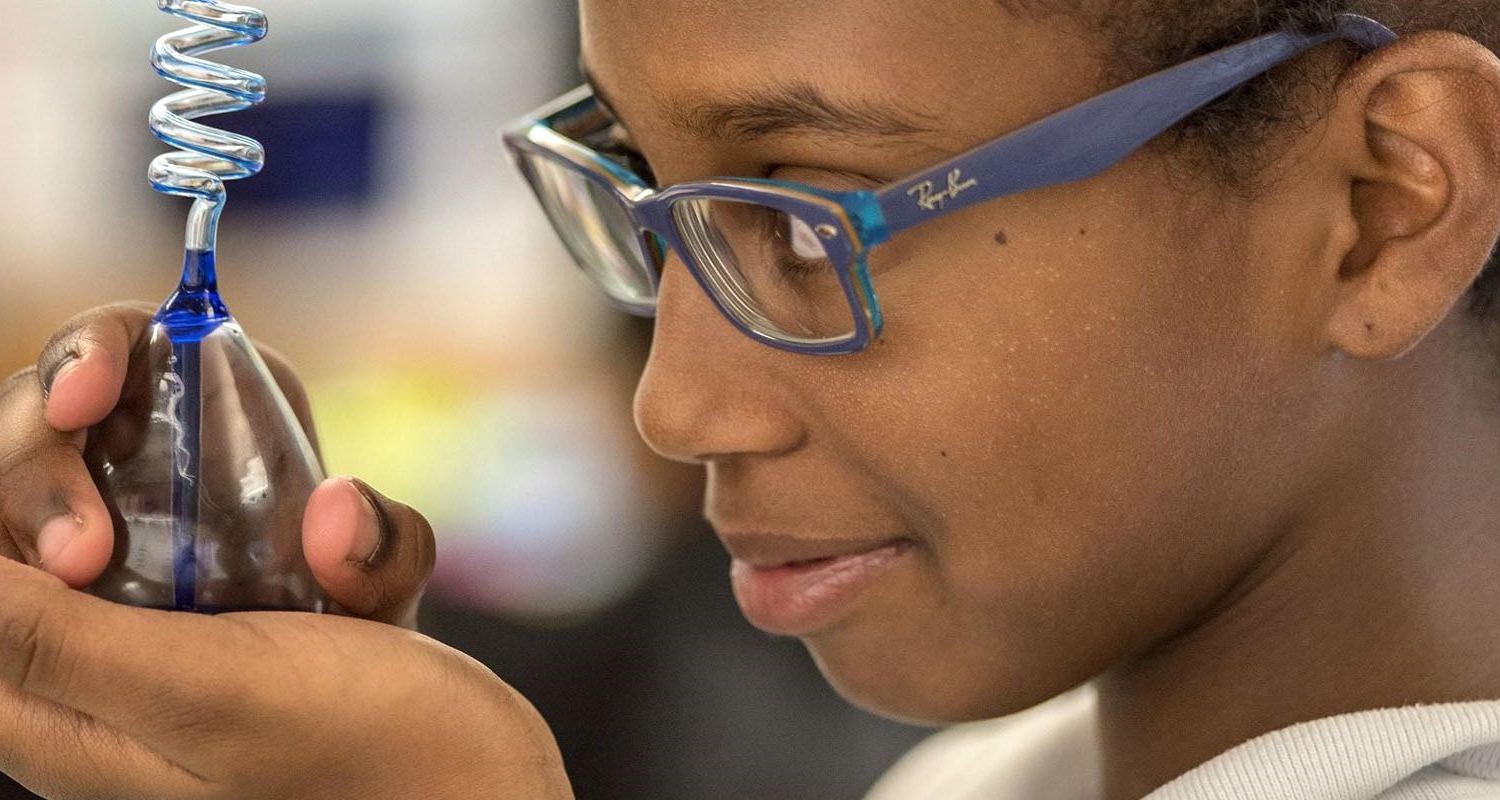 Empowering a new generation of scientists

With TELUS Friendly Future Foundation, charities like Scientists in School can prepare thousands more kids across Canada for a future dominated by STEM.

On any given day, the teachers at Dr. C.F. Cannon in Durham Region, a diverse community east of Toronto, have their work cut out for them as they strive to prepare students for the world into which they will one day graduate.

The 375 kids who attend the elementary school, from kindergarten to grade 8, face a future dominated by what’s known as STEM – science, technology, engineering and math. From artificial intelligence and robotics to green power generation and food sustainability, an estimated 75 per cent of all new jobs will be related to these critical fields in just 10 years.

At C.F. Cannon, however, the push to instill STEM fundamentals means so much more than inspiring the next Stephen Hawking or Roberta Bondar.

Though they are young, many students here already know what it is to feel the chronic stress and strain of economic hardship and hunger. Many families in Durham Region struggle to make ends meet – a daily reality that threatens to follow kids well into their adult lives and, without intervention, trap them in a cycle of intergenerational poverty.

STEM learning is an important means to a better, friendlier future. Studies suggest that early exposure to math and science is the best indicator of future STEM interest in high school and beyond, with the added benefit of teaching children essential skills, including critical thinking, problem solving and collaboration. A post-secondary STEM graduate also typically enjoys higher-than-average employment rates and earnings, especially those with a background in engineering and computer science, according to Statistics Canada.

“We just need to light those sparks and open the world of STEM that is around them,” says Melissa Sparkman, school principal at C.F. Cannon.

That’s where the TELUS Friendly Future Foundation comes in. With an unprecedented $120 million commitment from TELUS, the newly launched Foundation seeks to address social and economic challenges facing Canada’s disadvantaged youth by connecting them to the people, resources and services they need to thrive.

“At TELUS, we believe that the challenges faced by vulnerable Canadian youth are unacceptable, which is why we are increasing our support of this important group,” says Darren Entwistle, President and CEO of TELUS. “The potential of these young people is boundless, and it is our responsibility to support and nurture them.”

The Foundation builds on the many achievements of the TELUS Community Boards. The boards enable even the smallest grassroots charities on the front lines of social need in our communities to receive funding grants that will be used to help youth build digital literacy skills, provide basic healthcare and mental health support to the homeless, and open up essential educational opportunities.

That’s welcome news to Scientists in School, a Toronto-based social enterprise charity that delivers investigative, STEM-based workshops to hundreds of thousands of school-age children, K-8, across Alberta and Ontario, including those in Durham Region. The organization relies on funding from TELUS to operate. 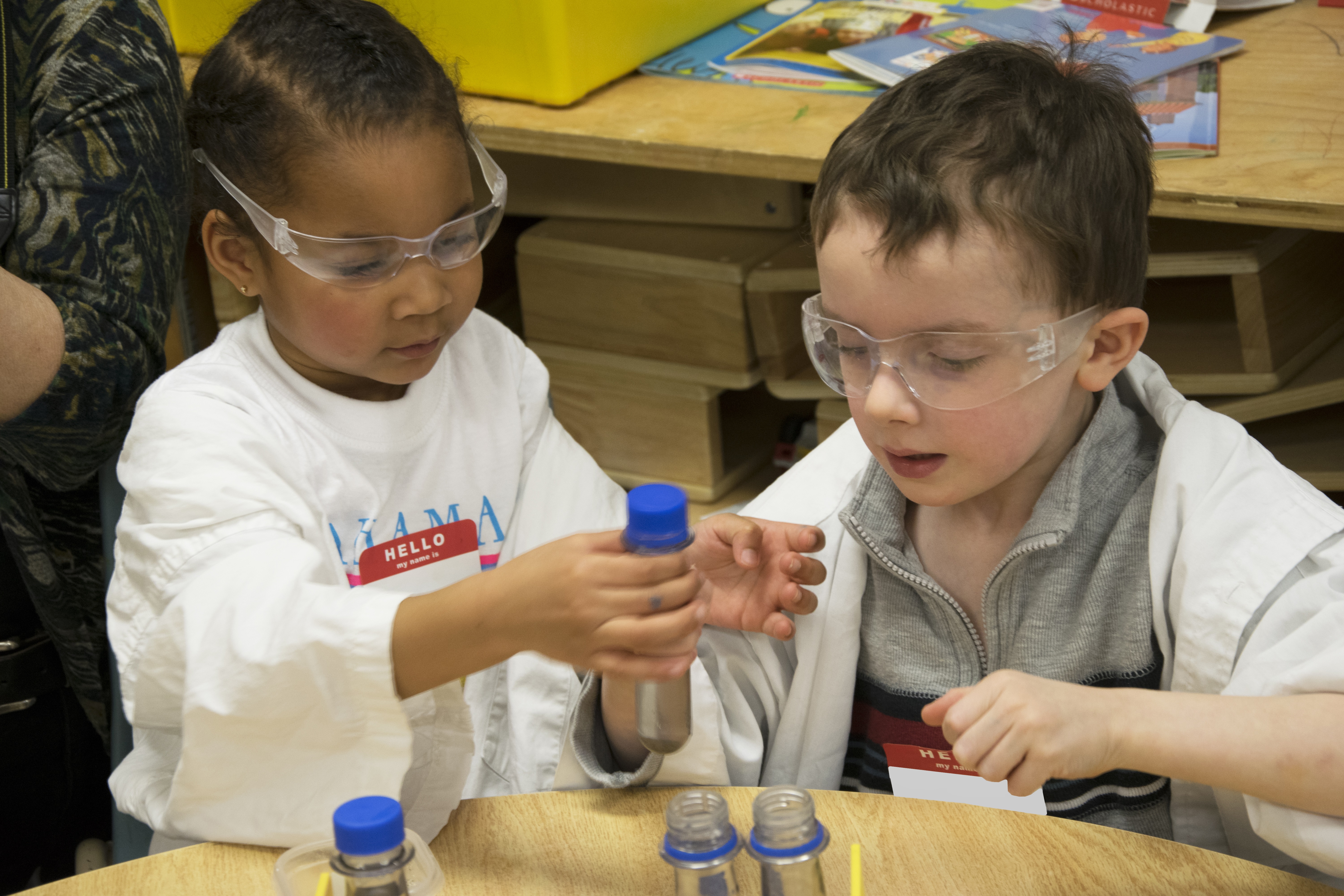 “We want these youth to be able to make informed decisions based on evidence-based reasoning and thinking,” says Cindy Adams, the organization’s executive director, of the mandate. “But we make it fun at the same time. The kids get to be scientists and engineers.”

Ultimately, the organization seeks to boost kids’ confidence in their ability to understand and embrace STEM studies -- particularly young women, who remain less likely to choose a career in STEM areas, and more particularly in engineering, mathematics and computer science, according to federal data.

Of course, igniting a life-long appreciation for STEM’s real-life – and life-changing – applications is also critical in the fight against complex global issues like climate change, serious health issues such as Ebola, and life-threatening issues like food shortages.

“The next generation has the promise to solve these challenges,” says Adams.

Scientists in School has long partnered with TELUS to help fund its workshops, which offer hands-on instruction in everything from photosynthesis and the physics of gears and pulley systems to global ecosystems and the microscopic world of cells – all of them taught by real-life scientists and innovators. Through its Community Boards, TELUS has donated $200,000 since 2006 in support of the organization. A portion of that money is earmarked to fund presentations in under-resourced schools like C.F. Cannon.

Adams says corporate donations from TELUS and others makes it possible for Scientists in School to close the access gap between rich and poor to specialized STEM education, and allow dozens more schools (to a total of 80 in 2019) to receive their workshops free of charge. To date, Telus funding has been used to support 12 schools in Ontario through the organization’s “adopt-a-school” program, providing 480 complimentary workshops to schools serving low-income communities and reaching 12,960 young scientists, according to the charity.

“Without our donors, this work wouldn’t be possible,” says Adams. “Working together we will close the educational success opportunity gap.”

That gratitude is shared by the staff at C.F. Cannon, which has worked with Scientists in School for the past three years. As an adopted school, C.F. Cannon is able to deliver the enriched workshops without any additional fees twice a year to children in Grades 4-8. Principal Melissa Sparkman is so impressed with the programming, the school now pays to deliver workshops to the younger kids.

“We need to have our kids be curious about learning, be creative and look to problem-solve, and this is just such a great opportunity,” says Sparkman. “We know that when kids are engaged in learning, they are more successful in school.”

Teacher Shannon Van Pelt can attest to how the discovery-based structure of the workshops is able to “ignite the kids’ enthusiasm” for the sciences, having witnessed several firsthand.

As an educator, she says, “it verifies for me that the kids were listening and absorbing the learning in the classroom when I see them applying their knowledge in the workshops.”

More importantly, though, she sees a shift in how the kids view STEM education. The transformation is almost magical.

“They start to notice different things happening, and they realize that, basically, science is everywhere -- it’s in the doorknobs to the classroom, and in their homes and in the plants,” she says.

“They start to become empowered as scientists.” 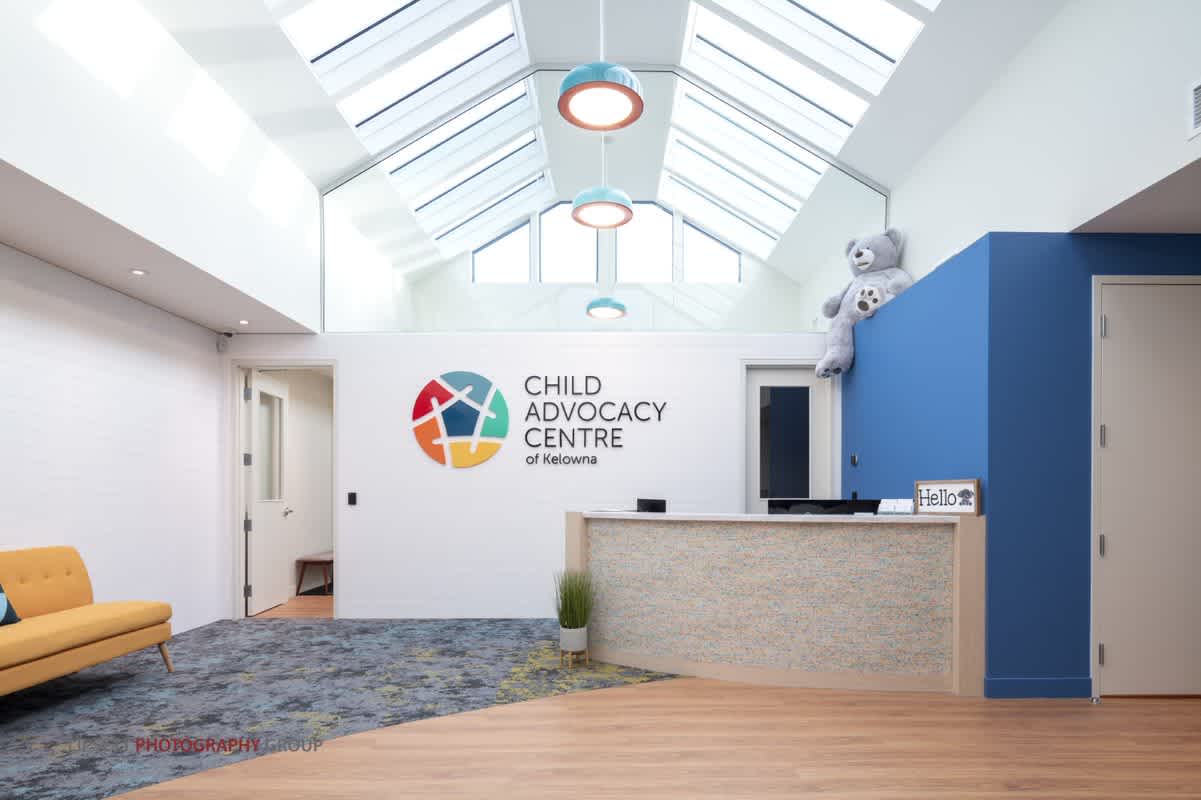 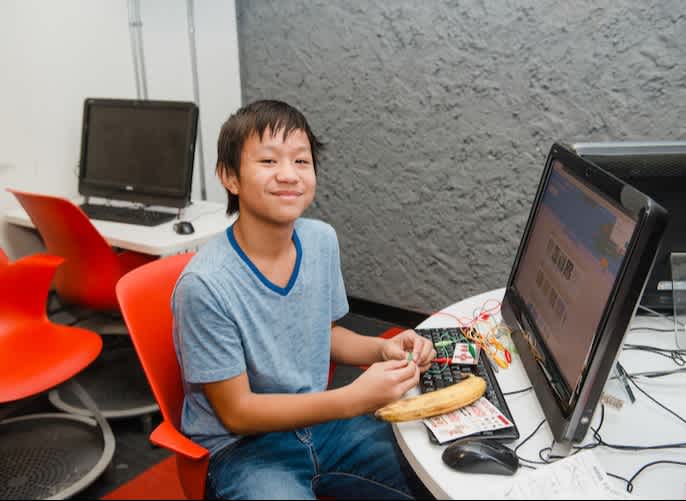 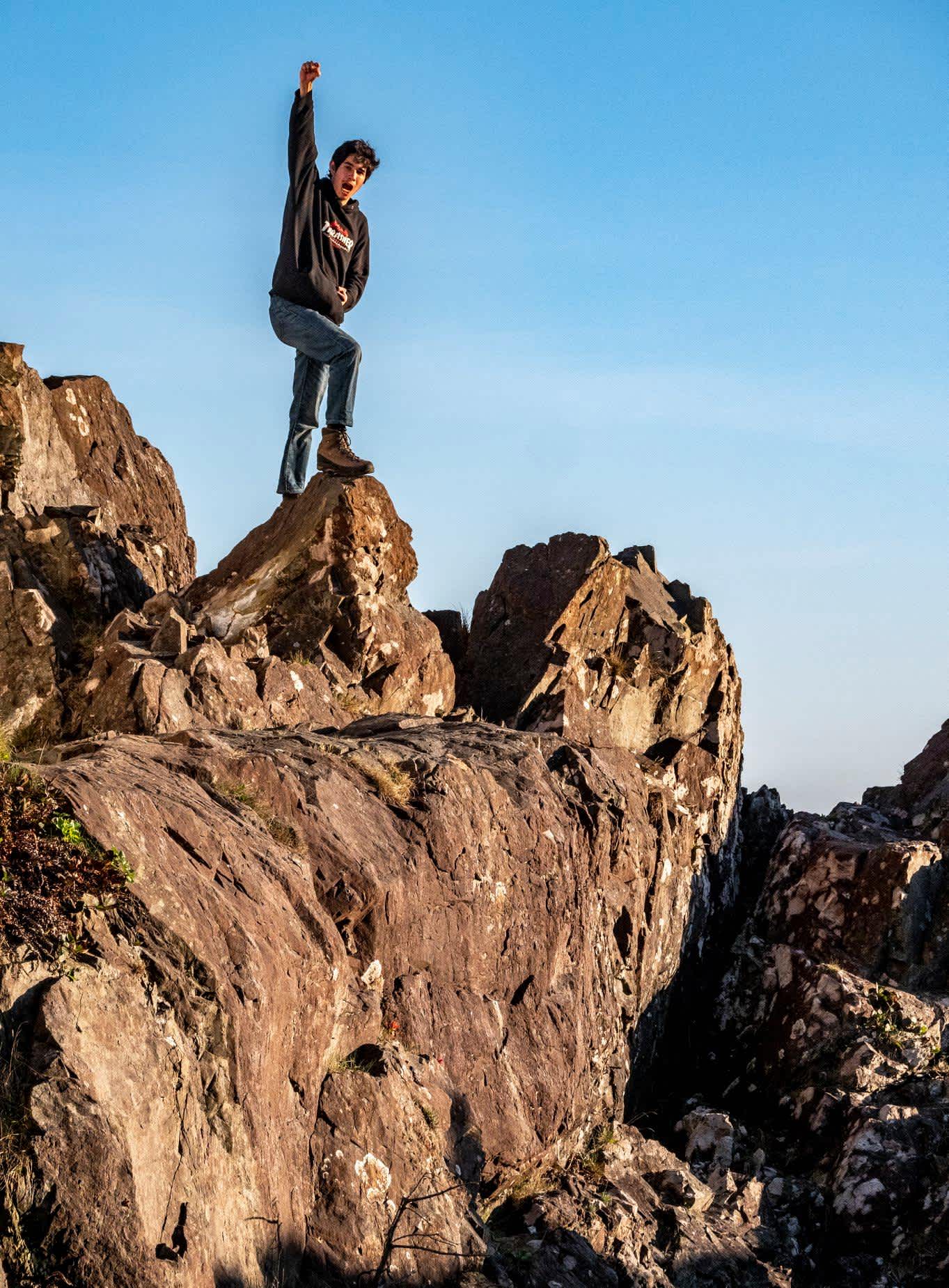 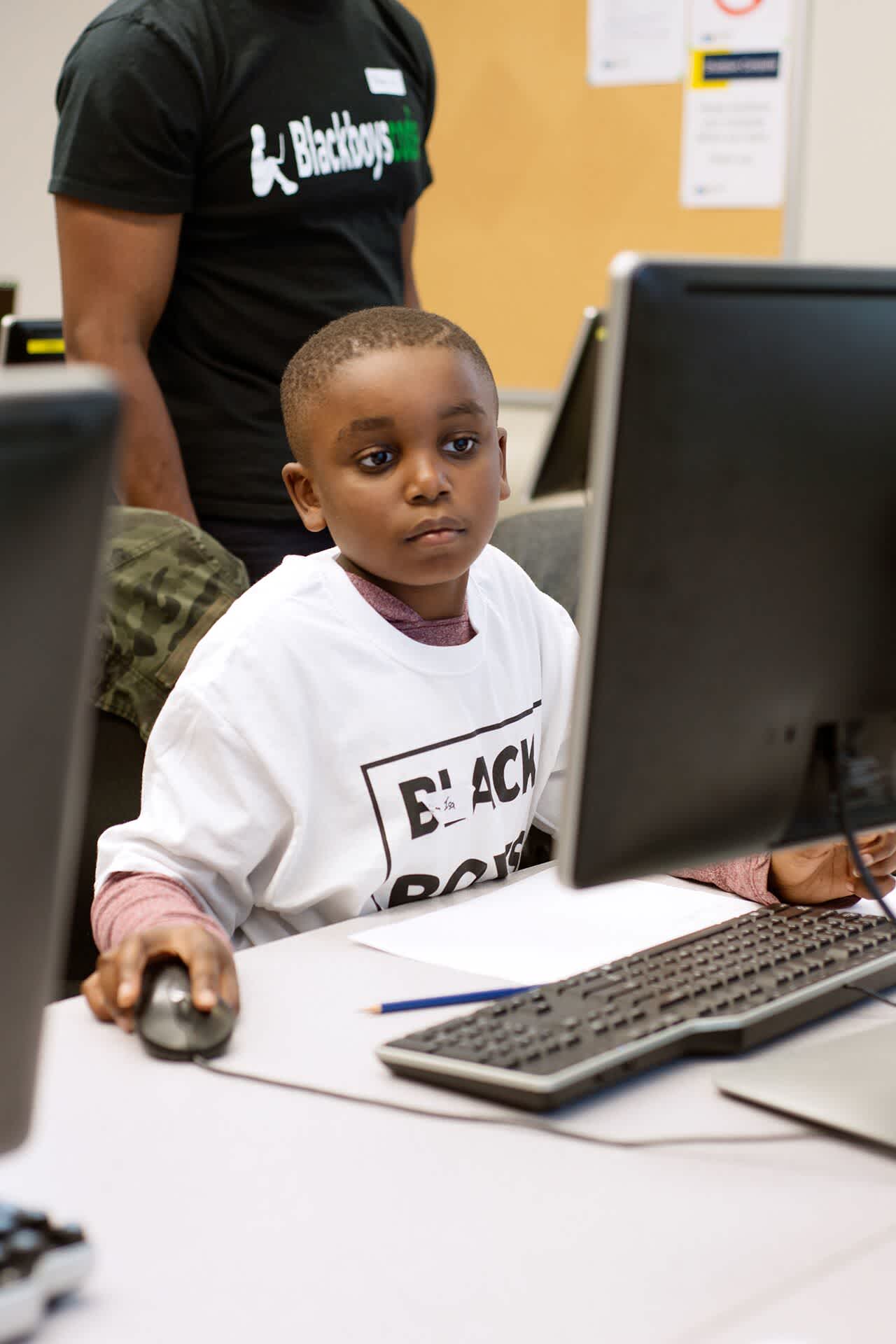 Investing in the future of Black boys through interactive coding works...